MOJO Adventure :: tales of the river…

…a true yet somewhat misguided account of an adventure

In the beginning a few good friends gathered new toys and discussed ways that they could test their toys on far away waters. These toys or ‘yaks’ where generally the result of inner team wheeling and dealing and no one is really sure which kayak used to be owned by which person or who really owns what now, except the red fast one, which has been owned by one member of the team only… for now anyway.

Anyway enough ‘yakking’- the destination of choice became the Noosa Everglades. Some local publicity yielded a field of willing players and it was decided 3 days would be the best length to ensure adventure and relaxation.

A few come and try paddle days and the field was prepped, well as prepped as they could be so with multiple gear purchases, including a million dry bags, we packed the cars and headed coast ward. In typical MOJO tradition the adventure started with good coffee, and thanks to Gary’s friends some of the crew got to have a Westbrook experience over dinner which ended up being a laugh fest.

An early chilly morning followed, with us gathering at Elanda Point with many tentative thoughts of ‘will the boat float’…

Now it was while loading up our kayaks that the tale takes a strange twist… joining us on the shore was a person whom we shall refer to as ‘the lady of the lake’. To protect the integrity of the person we shall only say that the ‘antics’ of the lady caught us off guard and became the source of an extended tale that grew as the adventure went on. Leaving the lady safely on the shore we set off across the placid but shallow waters of Lake Cootharaba, then after the lake we start the trek up the river via a few pit stops. The river wound and we paddled, laughed, sang and reflected, sometimes alone, sometimes together, and after 24kms and nearly 6 hours we ended up at camp 9. Setting up camp and cooking up great camp food, we laughed some more, felt chilly (no camp fire permitted.. ) and by 7pm we all went to bed… Zzzzzzzz

The next morning we woke up early and set off to camp 5 which was our meeting point for the rest of the crew. Somehow the mythical coconut water appeared and Erren’s well chosen camp spot became known as “coconut point”. After lunch we set off to the sand blow, (approx 14k)at a cracking pace and ended up interval running the incline. The sand blow is incredible and an absolute bucket list thing to see. We carved our MOJO logo into the sand, took some cool photos and then ran down the hill back to camp. Some mentos in a tin tube in Jo’s pack made for some very loud maracas which ensured she wouldn’t get lost. We stayed up a little later that night – until at least 8pm and then off to sleep. It was a bit chilly in our tents except for Lyle who had a -20 degree sleeping bag.

The weather forecast of 20-30km/h SE had always predicted Sundays paddle would be hard with the wind sweeping us backwards. A few of the crew finished at Harry’s hut and the rest of us (read: Jo) unloaded gear that was causing our (her) boats to lose stability in the wind. A few kilos lighter and much more stable it was another 11k of wind and waves to the end. The first lake we crossed gave us an indication of our final journey with wave heights up to 20-30cm. We disembarked for lunch at the Kinaba info centre and a good stretch, some twisties and then the final 4k home.

The wind was really blowing now and when we crossed the lake our boats where being tossed everywhere… now we should have been tired and sore however the lake was such an adrenalin rush that everyone just dug in and rode the waves. It was probably one of the best experiences in a kayak so far.

Finally ashore, and we start loading the boats on the trucks and who should be there? The lady of the lake.
After laughing into out life jackets and having a chat to her we re-packed the vehicles and we where off!

What an excellent adventure with awesome people!

Some photos from the trip… 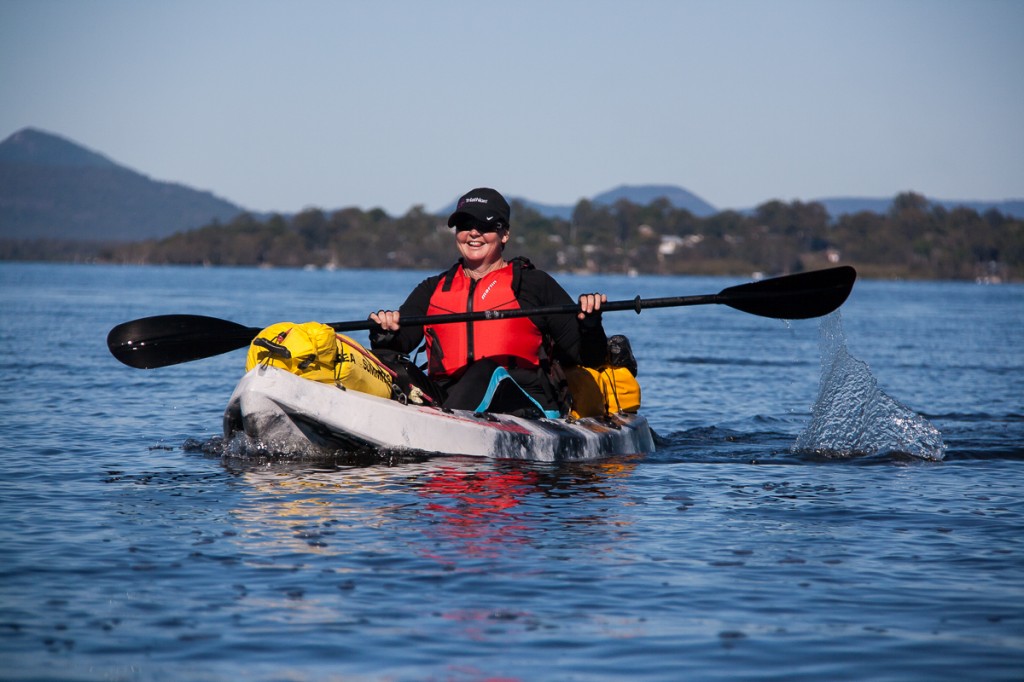 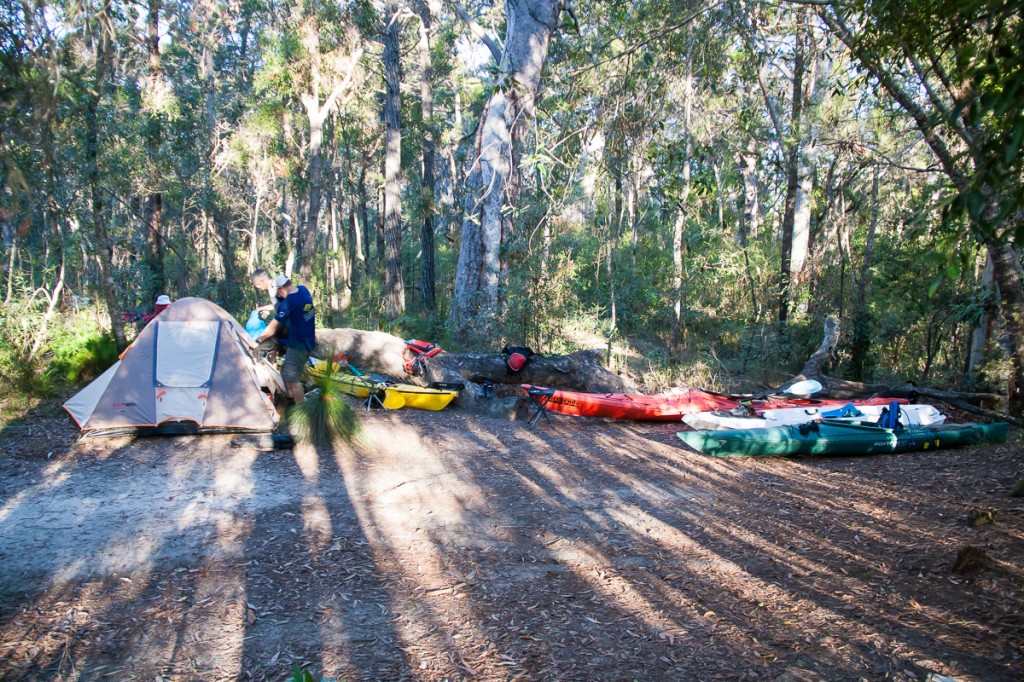 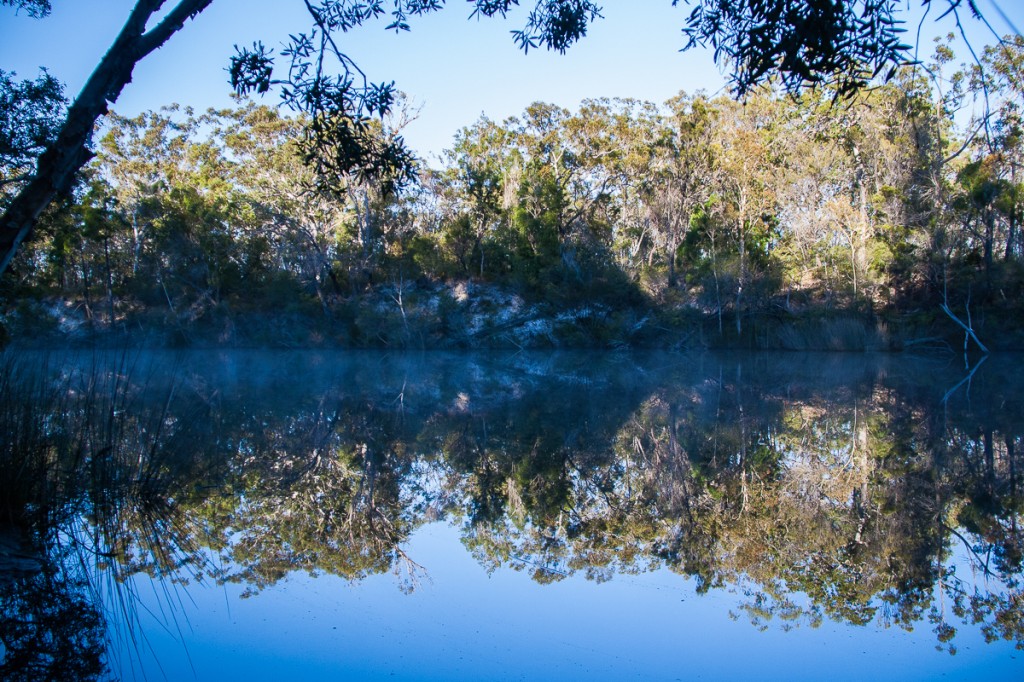 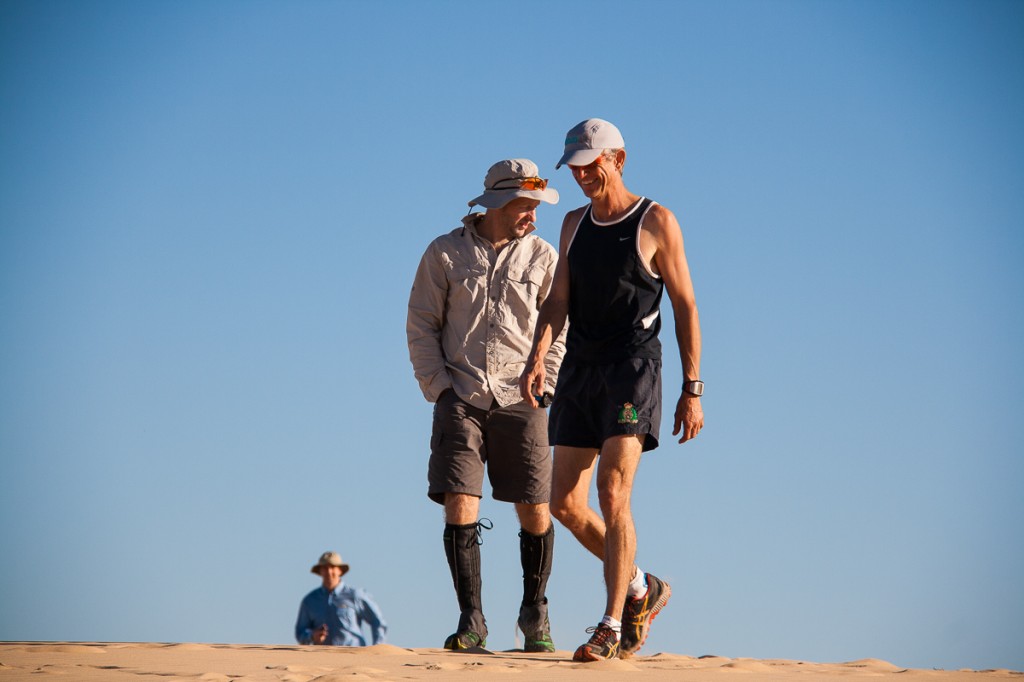 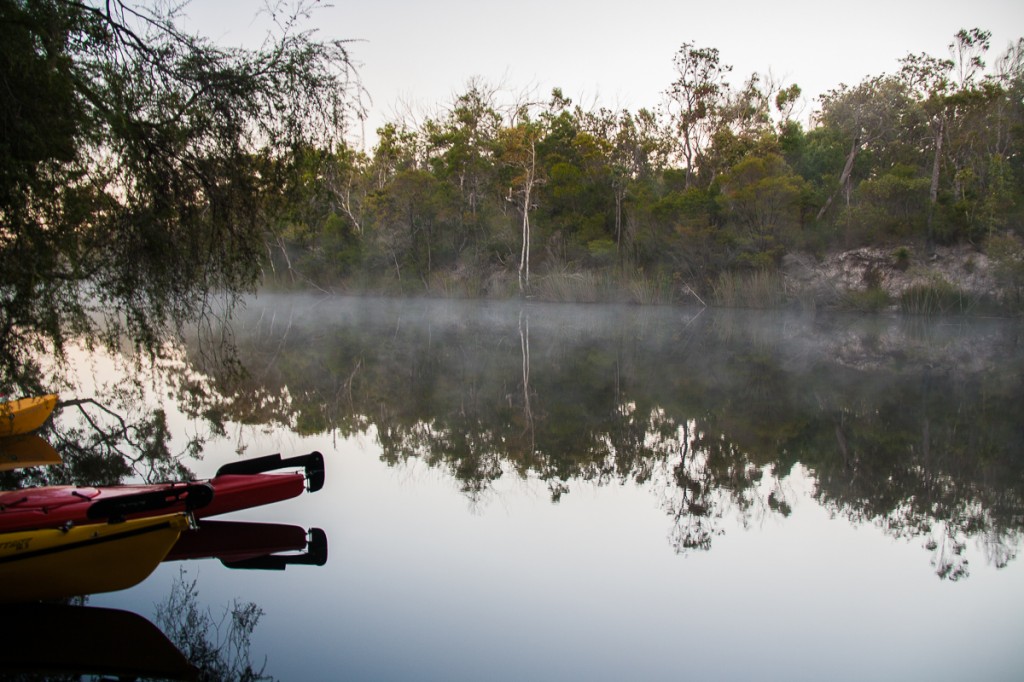